So I did this project because the Dollar Store Crafts blog inspired me. I found the page linked at my book club and thought to myself, "I've gotta go to the dollar store." So I went to The Dollar Tree and wandered around for a while with no real inspiration coming to me. That is until I found the fluffy orange cloth micro fiber towels. 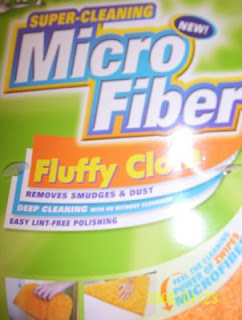 Immediately thoughts started bouncing around in my head. Nothing solid came to mind at first I just knew this was it. This was what I was bringing home with me. So I wandered some more and I found a set of artificial lei's with flowers that coordinated well with the fluffy orange cloth. I picked a set up. There was a bit of a snag though. These lei's are made without middle to the flower. So again I started wandering and I found a bag of pom poms. Again the colors coordinated perfectly with the cloth and the flowers.

Then it hit me. A pillow would be perfect. It would be cute and girlie. It would be fuzzy and nice feeling. It would be just the right size for a throw pillow if I got two of the cloths. Plus I had some flat as pancake pillows we were never gonna use again that I could use for stuffing. So I went back to where I got the cloth and I grabbed another one. 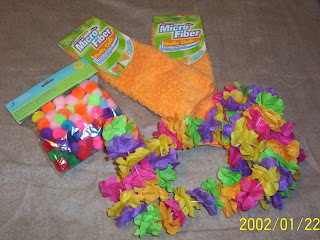 Sew the two cloths together fluffy sides facing each other, leaving an opening. Flip it right sides out, then set that aside and get your lei. 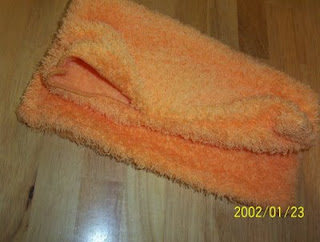 Cut the string and pull all of the flowers off. (Separate the colors while you do this. When they are all together its hard to tell how many of each you have.) Find the pom poms you want to use for the middles. I used coordinating colors rather than using the same color pom pom as the flower. You can do it which ever way you prefer.

Squeeze the pom pom between your fingers. You'll feel a knot in the very middle, that's where you want to put your needle through when your sewing them to the flowers. You don't have to go through it every time but its best to go through it on at least the first pass of the needle. 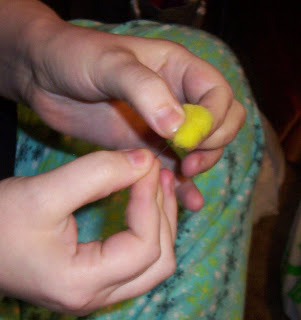 Now that you have the pom pom on your thread put two of the flowers it on. If the flowers have a bend to them to give dimension put it on the needle with the bend facing the pom pom. I did a couple of stitches through the flower and pom pom before I sewed it onto the pillow. I did that just to make them a little sturdier. 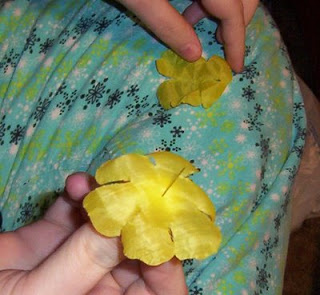 Next you sew the flower onto the pillow. I did it randomly but you could do a pattern. You'll want to sew the flowers on before you stuff the pillow so that you can see what your doing with the needle on the inside of the pillow. 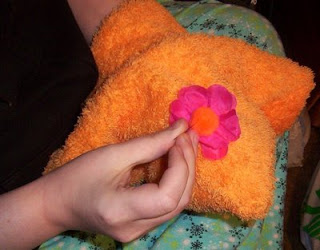 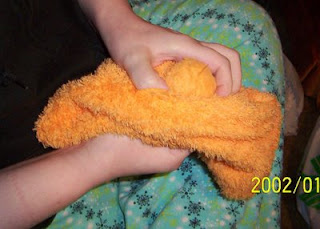 Next I cut open the old pillow (I washed it and bleached it first to make sure it was good and clean, it had been sitting in a closet for a long time.) I took out the stuffing and sort of fluffed it up. Then I just started stuffing it in the pillow making sure I got the corners and that I wasn't getting lumps. (you can of course use stuffing from the store.) Sew up the opening with whatever color thread you used to put it together and voila you now have a fuzzy orange pillow with flowers on it. 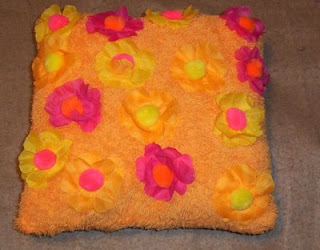 I did a different variation of this with a blue microfiber cloth and a different lei. With it I just put three flowers on the corner because it's got a sheen to it, its hard to see in the pic. I didn't want the sheen to get lost in the flowers. 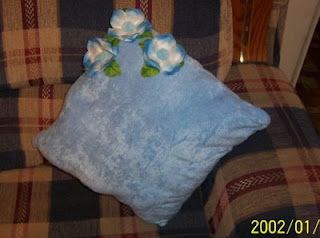 Stay tuned for the next post where I'll give you some ideas for what to do with the left over flowers.
Posted by Chris